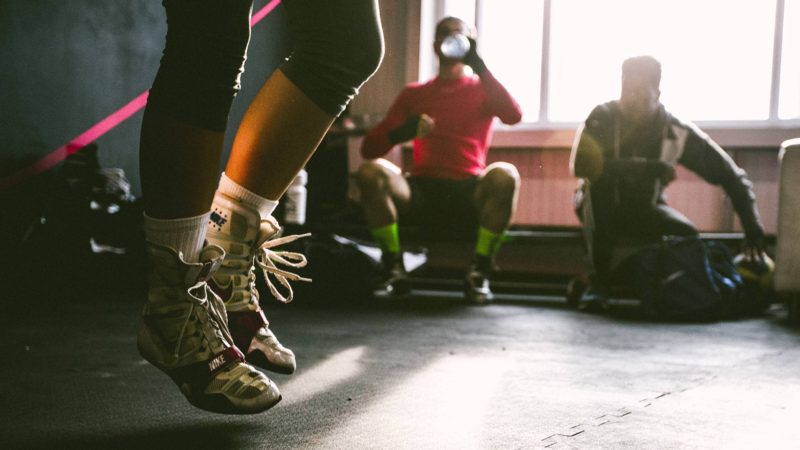 Rebounders and the Lymphatic System

The lymphatic system carries a fluid known as lymph towards the heart. It consists of a network of vessels through which the fluid passes to reach the bloodstream. The fluid contains white blood cells that are responsible for fighting disease-causing agents in the human body. The human body has a massive number of lymph nodes that are in the groin, chest, and underarms, among other areas. Some of the essential areas of the lymphatic system include:

• Tonsils – Their location is in the throat. They fight germs and bacteria that get into the body through the mouth or nose.
• Spleen – It’s near the left kidney, and the presence of viruses or bacteria stimulates it to produce white blood cells to fight infections.

An unhealthy lymphatic system can lead to numerous issues related to health such as a higher risk of infections and diseases. Lymphedema is also a common symptom of an impaired lymphatic system. Lymphedema is when a person’s extremities (arms, legs) become swollen due to lymph being unable to move properly throughout the body. As it accumulates in the arms or legs, individuals experience discomfort, heaviness, restricted motion, and hardening of the skin. Below you can find additional issues that may occur due to a poorly functioning lymphatic system.

• Lymphoma – This is a cancer of the lymph nodes, which happens when their growth is uncontrollable.
• Lymphangiomatosis – Cysts form in lymphatic vessels due to a genetic mutation
• Lymphadenopathy – Lymph nodes swell and become painful due to a blockage caused by an infection or cancer
• Lymphedema – These are swellings felt in areas where there is a concentration of lymph nodes.

If you’re interested, read this article to find which mini-trampolines we think are best for lymphedema and lymphatic drainage.

Benefits of Rebounding on the Lymphatic System

We are exposed to bacteria and other disease-causing agents daily through the food that we eat and the environment around us. Depending on levels of activity, these agents tend to settle in the cells. The lymphatic system is dependent on muscle contractions to circulate lymph throughout the body. These muscles get activated through exercise and vigorous activity. One of the most effective activities to stimulate the lymphatic system is rebounding on a mini trampoline (see our article on Springs vs. Rubber Bands for Rebounders). Not only does it work wonders, but you also won’t have to break the bank to get started (see How Much do Mini Trampolines Cost) Below are some of the benefits of rebounding:

• It stimulates the lymphatic system; enabling the body to flush out toxins, dead cells, bacteria, and other waste products
• Jumping on a rebounder reduces the force of gravity that the lymphatic system has to overcome while circulating the lymph fluid. The vessels that carry the fluid are one-way, meaning that the fluid always moves in one direction. The main vessels carry lymph up the legs and the hands.
• Since the lymphatic system depends on muscle contractions, jumping on a mini-trampoline helps in keeping the muscles active, flexible, and strong.
• Jumping up and down increases the circulation of oxygen in the system, which in turn strengthens the cells
• Like other forms of exercise, rebounding helps in reducing fat
• It also improves the sense of balance and agility due to the strengthened muscles
• Exercise can also help to prevent cancer. In addition to carrying dead cells, toxins, and bacteria in the human body, the lymphatic fluid helps in the destruction of cells that are affected by cancer.
• The improved lymphatic system consequently leads to a better immune system, since the body can fight disease-causing agents more effectively
• Using a therapeutic rebounder helps in working out the bones and joints without putting too much pressure on them

If you’re interested, take a look at our best rebounders for seniors to find out which ones are the best at dealing with problems associated with the lymphatic system and the rigors of traditional exercise.

Despite the many advantages of using a rebounder to stimulate the lymphatic system, there are some problems associated with this kind of exercise. If you are a beginner at exercising on rebounders, ensure you follow all recommended procedures as prescribed by the manufacturer. Additionally, take your time and do not try to overexert yourself while you are still becoming accustomed to exercising on a mini-trampoline, especially if you are an older jumper (see Mini-Trampoline Exercises for Seniors). Below are some of the problems commonly experienced by those who regularly work out on a fitness trampoline:

• Small space for a workout – A rebounder is a relatively small device that provides minimal surface area (depending on the size of the trampoline) to exercise. Users should practice caution while working out on a mini trampoline to reduce the chance of accidents happening while working out. Some exercise trampolines have certain features to help overcome this limitation (see our JumpSport 370 Pro review)
• Foot pronation – Refers to the level of balance of an individual’s body weight on their feet. If the weight is not well balanced, the person could get pronation issues.
• Assembly issues – To help reduce the risk of injury, ensure you follow the instructions provided by the manufacturer during assembly. Improper assembly could lead to accidents should the device fail during use.

The lymphatic system is one of the most critical systems in the body. It acts as a guard against disease-causing agents such as bacteria and viruses. Since it has no pump to push the lymph fluid through the vessels, the system depends on muscle contractions. Due to the various benefits of rebounding, it is beneficial to the lymphatic system and the human body as a whole. Regular exercise on a mini trampoline is a good way to stimulate the lymphatic system to better move lymph throughout the body in a healthy manner that can improve overall health. 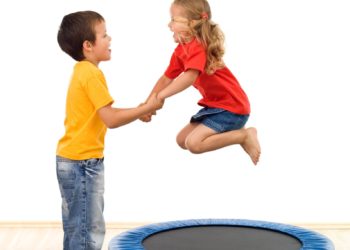 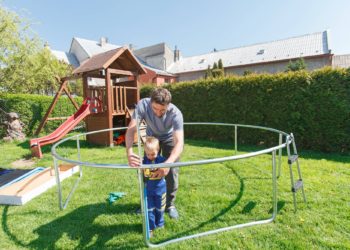 Guides How to Disassemble a Trampoline 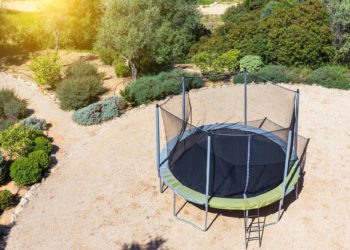 General Tips On How To Move A Trampoline Safely